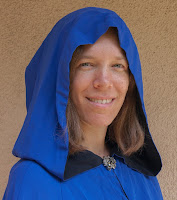 Today I am excited to have Sam Bond, a fellow Spellbound River Press author. The first book of Sam’s Cousin in Action series releases from Spellbound tomorrow! What I love about the books is that each of the cousins is so unique and kids can explore the world on adventures with the cousins and their not so typical grandmother.

When did you decide to become an author?

I’ve always liked writing. I used to make up stories for a news leaflet twice a year for my operatic society and then in my thirties I decided to write murder mysteries, except I didn’t want to kill anyone! It wasn’t until my children reached reading age and I was having difficulty finding books that represented them, that it all fell into place and writing children’s adventure books became my passion.

My first book, CIA, Operation Golden Llama, was released three years ago. I originally tried to go the traditional route with an agent and editor, but it turned out their vision of my book was at total odds with my own. I seriously considered re-writing the book, but decided I would prefer my books to remain true to how I envisioned them and have a smaller audience, than change them and enjoy larger sales.

Not really because I enjoy writing so much that it doesn’t seem like work. Time literally flies when I write, I can look up and three hours will have passed when it seems like just twenty minutes. Sometimes it’s hard when you don’t see many sales, but I get fan mail and parents approaching me in the street telling me how their children love my series and that makes me remember why I am doing this.

Each of the books in the Cousin in Action series has a setting around the world. How do you decide where your book will take place and how do you learn about your settings?

I traveled around the world twice in my twenties and understand the importance of experiencing different cultures. I wanted to bring these different worlds and experiences to readers that may never have traveled outside their state/county, let alone the US or Britain.

I started off with Peru and Machu Picchu because these were the next two countries on my bucket list. I figured if I couldn’t visit myself, I could at least have fun submerging myself in research. England for book three was a no-brainer and by that time I had decided to set each book in a different continent, doubling back to Asia at the end, when the cousins will visit China.

For both Peru and India I read a lot of children’s non-fiction books on each country, watched documentaries, spoke with people who were either from the country or had visited, and finally asked beta readers who knew the countries intimately to read each book and make sure there were no glaring errors and that the books rang true.

My fourth book is set in Egypt and I have indulged myself by re-reading for the third time my favorite series of books set in Egypt. There are about fifteen books in the series and I have thoroughly enjoyed becoming immersed in all things Egyptian.

Your Cousin in Action series will release tomorrow from Spellbound River Press. Will there be any changes to the series that we can look forward to? What are your hopes for the series now that it’s part of this new press?

I’m very excited about becoming part of the Spellbound River family and readers will be happy to know there are no changes to the books, other than a few formatting edits. My hopes for the CIA series is what I think all authors strive for - to have their books read and enjoyed by as large an audience as possible.

I had no idea how wonderful it was going to feel to have children tell me how much they enjoy my books. I had a parent write to me recently and tell me that I am THAT writer for their child. I am the author that made their child a reader. What greater joy could one have than knowing this?

Network with other writers in your area and make sure you have a critique group. I would also say be prepared to make changes, but at the same time know when to be true to your vision.

For more about Sam and her books, you can visit her at Spellbound River Press. You can also follow the adventures of the cousins on Sam’s blog, which is written from the point of view of her characters.
Posted by S. Mozer at 6:00 AM No comments: