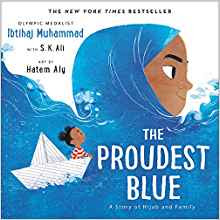 I loved this story about the pride a younger sister felt when her older sister wore her hijab to school for the first time. This is a definite must read for every classroom. 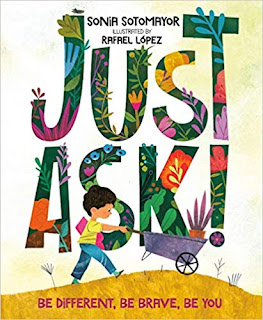 A wonderful story about accepting differences and all the ways we can be unique. 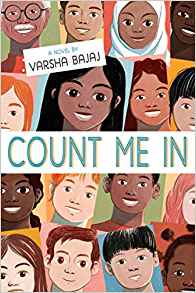 Karina Chopra hasn't wanted to talk to her neighbor Chris since his friends teased her for being Indian. But when Karina's grandfather is assigned as Chris' math tutor, they start to see each other in a new light. When the two of them are witness to a racially motivated attack on Karina's grandfather, they bond even further and start a movement. This book is a must read and could be paired with the two picture books above and the book Wishtree. 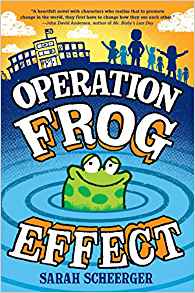 Mrs. Graham is not your typical teacher. First, she makes the students stay in the same seat all year to "build community." Second, she expects them to change the world. When one of her groups takes that inspiration too far, Mrs. Graham's class must use what they have learned to make real change in their local community in order to save Mrs. Graham's job. A wonderful story told in multiple points of view and multiple formats. 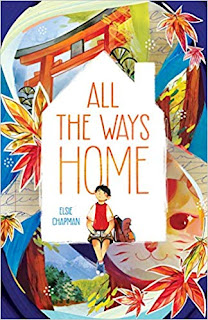 When Kaede's mother is killed in a car accident, he became angry at the world. That anger led him to make a number of serious mistakes. Not knowing what else to do, his grandfather reaches out to his father and stepbrother in Japan - who Kaede has not been in touch with in years. Invited to spend three weeks with them, Kaede goes to Japan with an assignment to write a journal about the meaning of home in order to pass the year. A story about the meaning of home and family. 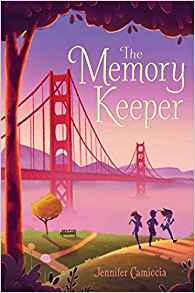 Lulu's family hasn't been the same since her baby sister died when Lulu was three. Her parents think she can't remember what life was like before but Lulu has HSAM - a memory condition that gives her the ability to remember every moment of her life as if she's replaying scenes on an iPhone. When Lulu's grandmother starts losing her own memory, Lulu is determined to use her special memory to help her grandmother. But the more she learns about her grandmother's past, the more she learns she may not know her grandmother's life story as well as she thought. 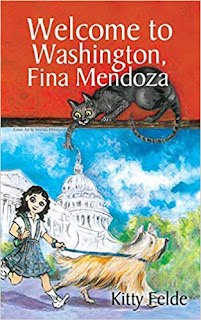 Fina's practically lives at the US Capitol building because her father is a US Congressman from California. But while exploring the Capitol crypt, she comes across the legendary Demon Cat, which is thought to bring bad luck. When one thing after another goes wrong, Fina becomes determined to find this Demon Cat and change her luck. This story will take kids behind the scenes at the Capitol. 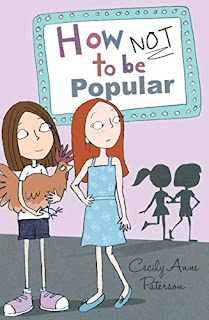 Maddie considers herself part of the popular girls at her school but when they dare her to do something mean to another girl - and she does it, she suddenly finds herself wondering whether being popular is more important than being kind.

Stacy Barnett Mozer is a teacher and a middle grade author. If you like what she's been reading follow her on Goodreads. Please leave a comment below.
Posted by S. Mozer at 5:00 AM 9 comments: 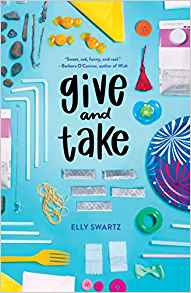 When Maggie's grandmother lost her memory due to dementia, she started to question whether our brains are enough to hold on to the things that are important to us. Instead, she found items to hold on to- things that would hold meaning for her. But as her collecting and saving starts bringing on feelings of resentment and anger whenever the slightest item is moved or touched, her parents realize that Maggie needs some help with holding on and letting go. 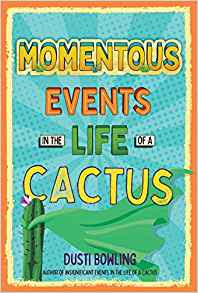 When Aven moved to a new city, not only did she have to start over in making new friends, she also needed to go back to proving to her new classmates that she was capable even though she was born without arms. Once she found a few good friends with their own challenges, everything became easier. But now Aven is starting high school with a whole new set of problems that goes along with it. A wonderful sequel to an amazing book. It may be appreciated more by an older middle grade reader because so much of the book revolves around dating. 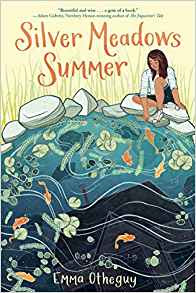 When Carolina and her family have to leave Puerto Rico to move in with her aunt, uncle, and cousin Gabriella, Carolina isn't sure that living in Upstate New York is right for her. Her mother wants her to abandon her Spanish language and her love of painting to "fit in" with her cousins popular friends, but Carolina is more comfortable with Jenn, the social outcast who is into fairies and whose father is an artist. When Carolina finds a cabin abandoned in the woods, it's Jenn who is as excited as Carolina about fixing it up. But when the camp they are attending is threatened to close, holding on to the past becomes important to everyone. 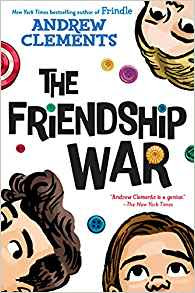 Grace is a collector and when she visits her grandfather's new building over the summer she finds boxes and boxes of buttons. All she wants is to tell her best friend Ellie about them, but Ellie is a spotlight taker and instead of the buttons becoming something to share, the two girls go to war as part of a fab that sweeps the school. A good mid-middle grade story about friendship that will make everyone want to collect buttons! 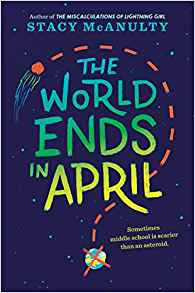 Eleanor has been preparing for the end of the world for her whole life because of her grandfather being a survivalist so when she reads on a website that a world ending asteroid is supposed to hit at the beginning of April, she knows just what to do. Encouraged by her best friend, she starts sharing her news with others but only a small group will listen. Will the world end in April? This one you will need to read to find out.

Stacy Barnett Mozer is a teacher and a middle grade author. If you like what she's been reading follow her on Goodreads. Please leave a comment below.
Posted by S. Mozer at 11:26 AM 3 comments: 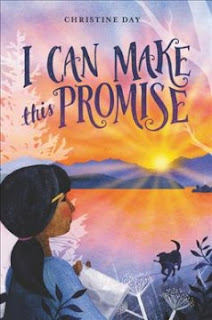 Imagine if your whole life you thought your mother knew nothing about her Native American background, and then you find a box in your attic that proves otherwise. Edie has always wanted to know more about her family, especially since when people look at her they expect her to know her tribe and history but her mother was adopted so she's always assumed she didn't know either. Then Edie and her friends find a box in the attic with a picture of another Edie. This Edie has written letter after letter about her life on and off the reservation. The box is the beginning of Edie's self-discovery and family discovery. 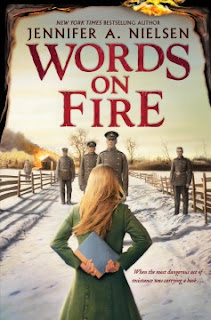 Audra has always known her parents were doing something dangerous. She would hear her father, a famous magician talking with her mother about the danger, but her mother would always tell her father to wait another year before he told more to Audra. But some secrets cannot be kept hidden forever. When the Russian soldiers come to her tiny Lithuanian farm looking for her parents, Audra is given a package and told to save it and bring it to another town at all costs. Imagine Audra's surprise when the only thing in that package is a book. Swept into a time in history when the Lithuanian language and books were considered illegal, Audra must decide if her safety and freedom are worth hiding a few books. A wonderful story about a part of history most kids and adults may not know. 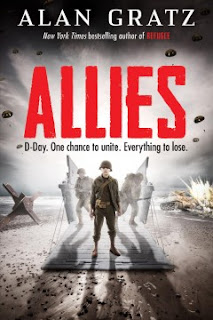 Told in a similar fashion to Refuge, Alan Gratz's Allies follows a number of men and women as they experience D Day from water, land, and air. The stories weave together and overlap and give a clear picture of the chaos, heartbreak, and triumph of the day from the point of view of all of the allies involved. 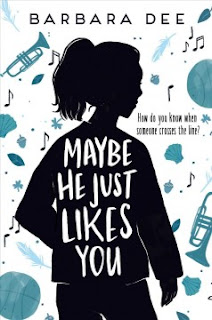 When the popular boys at school suddenly start paying attention to Mila, she doesn't know how to react. Some of her friends are even jealous. But as the boys start giving hugs, making comments, and getting too close, Audra starts being very uncomfortable and wants to do something. But how can she explain this away when no one else seems to mind?  This is a perfect book in the time of the #MeToo movement for girls to understand that there are some things that are simply not okay. 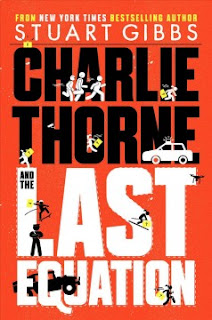 If you, or someone you know, likes kid spy books, then you will love Charlie Thorne and the Last Equation.

Stacy Barnett Mozer is a teacher and a middle grade author. If you like what she's been reading follow her on Goodreads. Please leave a comment below.
Posted by S. Mozer at 11:25 AM 5 comments: