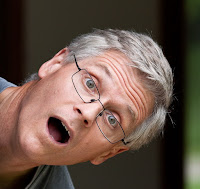 It's Poetry Month! I've been celebrating all month long by sharing my favorite poetry books and books in verse on Mondays. One of my favorite poets is Ted Scheu. He has been the poet in residence at my school for many years and the kids (and teachers) always look forward to his visit. Ted's poems about school and kids perfectly capture the life and humor of the elementary school child.

Ted Scheu (pronounced "shy") is a children's poet from Middlebury, Vermont who is often introduced as a 3rd or 4th grader stuck in a grown-up's body. Ted didn't like poems much as a kid growing up in Connecticut, because all the poems he found back then were about love, nature, and beauty, or about bratty little British kids, and not at all about his life and his concerns--which were mostly centered around sports and food. Ted is a former elementary teacher (also a naval officer, carpenter, advertising exec and copywriter) who started writing funny poems seriously about 20 years ago. His poems are published in nearly two dozen books in the US and UK, including five collections: "I FrozeMy Mother," "I Tickled My Teachers,” "I Threw My Brother Out,” “NowI Know My ZBCs,” and most recently, “Getting the Best of Me.” all from Young Poets’ Press. He also has poems published in numerous anthologies. Ted tries to write a poem every day, and when he's not writing, or visiting schools, he loves to eat cereal with lots of milk, and ride his bike--just like any kid his age. He also really really loves being a dad to two remarkable kids, and husband to an amazing wife.

When did you start writing poetry?

Of course, I started playing with words early on. I was utterly captivated by the music of classic poems that my mom read to me. Then, Seussian bounces totally ensnared me. Song lyrics followed—Broadway show tunes and satirical rewrites especially. My 8th grade English teacher completely energized me about Shakespeare. Sadly, it took nearly 40 years until I finally sat down to put rhyme to paper. Lack of confidence maybe?

You are known for writing funny poems about school and family. What are your tricks for making kids (and adults) laugh?

Wow, thanks for the compliment. Writing about the twists and turns in kids’ lives—especially the ironies of inconsistent parent behaviors and the funny things that teachers say and do, is a starting point for me. Telling kid-truths works too—like the stupidity of schools taking recess time away so kids can study more. Seeing a normal situation figuratively and kid-like—say, having a shaving-faced dad become an alien life form—that can be funny too. Finally, I turn to ridiculous silliness sometimes.

Tell us about your journey. How did you get your first poetry book published?

I wrote for 3 years before submitting a manuscript. I got lots of good advice from other poets, especially about scansion. Getting the rhythm just perfect is hard. Finally I submitted three poems to Philomel in 2002, when they were looking to do an anthology with unpublished poets, and I got a poem placed there. What joy! Mostly my work shows up in anthologies around the planet. Some are pretty high-visibility, so I’m happy with that. I’m on the radar of lots of poetry editors now. After lots of early rejections for a Ted-only-collection, I decided in 2005 to self-publish (I now have 6 collections of my own), with the help of a marvelous freelance editor and a designer. I don’t regret it for a second. I found and find the process of submitting, waiting, wimpering, resubmitting, managing submissions… to be really depressing, distracting, and hard. I’m in schools as a visiting author over 100 days each year, and I sell plenty of books there. Sure I’d love a Prelutsky-like success, but I’m fine for now…

As I mentioned above, I pretty much did give up on the process of submitting and waiting, with the big publishing houses and editors, for a Ted-collection. Lots of early encouragement should have pushed me harder to be patient, but I’ve chosen the self-publishing route for most of my work, as many are doing now. It allowed me to spend more time writing and teaching as a visiting poet in schools, which I love to pieces.

What is your favorite part about being a professional poet?

Watching the sparkle in a child’s eyes as I share a poem is fun. Even better than that is watching the sparkle in her eyes as she shares a poem that she has written in one of our writing workshops. I also really love traveling—returning to some schools for many years (like your amazing school, Stacy), and visiting new ones. It’s the best job in the world.

What is your favorite poem?

The one that pulls at my heart (and gets the biggest kid-groans) is “Nancy Cristman Kissed Me.” It was an early poem about a very memorable walk to school in second grade. Nancy died young, so I think of her as I read it. Kids seem to love it and the story behind it.

Any advice you would give to a poet just starting out?

Write a thousand poems before submitting any to public ears and eyes. Field test them with kids and grown ups. Be patient. Don’t expect to make it big. Poetry is not big. Never will be. (It’s pretty much only published by the big houses in April every year.) Meet and network with other poets. Have fun on the journey.

Gotta run… hot dog bun! Thanks for including me on you blog, Stacy!

Thanks so much, Ted!

Here's some more about Ted Scheu:

More information about Ted and his work, (plus a pile of funny videos featuring seven of Ted’s ‘cousins’) may be found at his web site at www.poetryguy.com

Stacy Barnett Mozer is a third grade teacher and a middle grade author. The Sweet Spot and The Perfect Trip are available now from Spellbound River Press. She'd love to hear from you about Ted Scheu and poetry in the comments below.