Interview with YA Author Dawn Metcalf 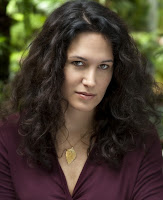 Dawn Metcalf has always lived on the edge between reality and magic, which explains her current profession and love of fantasy books and games. Her passions include karate, fairy tales, Victoriana and dark chocolate, often combining one or more of them in unexpected ways. Currently, she lives with her husband and family in northern Connecticut. If they had a sign, it would be: Confounding the Neighbor Children Since 1999. Visit her online at www.dawnmetcalf.com.


When did you decide to become a writer?

Not the usual way, which includes getting an agent, having the agent find an editor and negotiating a contract. Of course, I know very few people who have gotten published that way! Me, I joined SCBWI and within a year was attending my first National Conference in New York where I participated in a Writer's Intensive, meaning I submitted 500 words of a manuscript which I then read to 7-8 other would-be writers and one professional--either an agent or editor--for feedback. What I really wanted to was hear what other people could see in the work, what needed work and what was working, and what I really wanted was to hear what that professional had to say in order to make this more publishable, and what I really, REALLY wanted was for that professional to tap me later and say, "Send me your manuscript." Which is exactly what happened. (However, that editor didn't choose that manuscript, or the next one, or the next...but a year later, was the person who got to first read what would later become my debut novel and make an offer on it before the next SCBWI-NY.)

You can read the entire hilarious saga starting here: http://dawn-metcalf.livejournal.com/1383.html

Giving up writing? No. Giving up writing for publishing? Yes. It is a crazy, stressful, muse-crunching world that moves with the speed of tectonic plates and anyone who doesn't at least momentarily think of chucking the whole mess out the window is probably lying. Still, it's also houses the best, most generous, most supportive and creative people I've had the pleasure to meet online and off. It's not for everyone, but the business is changing rapidly and I think there is always room for more good books!

How much promotion depends solely on me and just how much time that can take away from life and writing. We're all trying to get our names out there and be responsible members of our own business and success, but there is an awful lot that falls into the white noise category and no one really knows what is effective or not, so balancing the costs and benefits, the pros and cons, the payoffs and profits on what to invest in, how much and did it work is simply a huge, bubbling cauldron of unknowns. The truth is, no one knows if blogging, tweeting, Tumblring, YouTubing or being Pinteresting will actually sell books any more than traditional graphic design for bookmarks, postcards, paying for ads or contests or even the postage will win out in the end, but everyone is TRYING to be a good partner with our publishing houses as well as a good writer (and graphic designer and film editor and social promoter, etc.) in order to sell more books and I'm one of them. So there's that.

Both of your books, Indelible and Luminous, are fantasies where a character in our world is thrust into the strange and unusual. What attracts you to writing this type of book?

I like having my fantasy have a toehold in reality. While things like "Urban Fantasy" and "Magical Realism" are categories now, when I was growing up there was only "high" fantasy and "low" fantasy that was slowly warping under things like cyberpunk, nanotech and Terri Windling's ground-breaking Borderlands books that had elves riding souped-up motorcyles running on spellboxes. Of course there has always been books like Alice in Wonderland, The Wizard of Oz, The Chronicles of Narnia or Where the Wild Things Are that launch their characters from our world into a strange, fantastic realm, but having that boom in the YA world has brought up so many cool and interesting stories that now I can hardly imagine writing anything else.

Do you have any tricks about world building you can share?

I love cultural anthropology, mythology, legends and origin tales and these are what I base a lot of my world-building and magic systems on. I like how there are elements that strike a chord as sounding "almost familiar" that lets a reader believe in what is going on or where they are in the story. Tapping into these underlying universal stories, asking a lot of "What if?" and "Why?" questions gives a world both breadth and depth. I like taking any aspect of the story and following it back--where did it begin, why, and what has this one thing affected in other parts of the culture like the food, the architecture, the holidays, the clothes? It's a fun and fascinating rabbit-hole that probably explains why I watched every single extra reel in Peter Jackson's Lord of the Rings trilogy!

How did you come up with the idea for Indelible?

In a rant, like many of my ideas. This one was about how the older, immortal man swooped in to show the 16-year old human girl the way to love, unlocking her heart and desire and all that makes her tick and I thought, "Really?!?" I know a lot of girls who are confident in themselves and don't need an older man to show them the way. And who says that guys have to have all the answers, anyway? Pressure much? I liked a lot of boisterous, over-confident kid-like guys like Peter Pan and Robin Hood, Tom Hanks in BIG and Brad Pitt in MEET JOE BLACK--there are lots of guys who know a lot of things but know nothing about being human or matters of the heart. Heck, Belle from Disney's BEAUTY AND THE BEAST takes the lead and so does her reflection in ONCE UPON A TIME. I think there's a powerful message in girls being confident in themselves and their hearts and what they want. I'm proud of Joy for standing up for herself and making her own decisions, best attempts and mistakes. And I'm proud that Ink does that, too. I'm all for guys and girls being confident, honest, vulnerable and strong with themselves and one another, especially in relationships that work.

In Indelible, You have some references that I normally find in fairy books, but they also seem like something other. Are they fairies?

Joy asks this in the book as well. Are they fairies or elves? Vampires? Angels? Demons? G-ds? And while there is a lot in this story that is based on traditional fairy lore, there is also a lot based on Greco-Roman deities and other cultural myths so I'll give the same answer Ink does: they've been called many things, but none of them are one hundred percent true.

This is book 1. Any hints for what we will find in book 2?

More Ink and Joy, of course, but also more Stef. The important thing, for me, was to look at how Joy can start to make her own decisions and call upon her own resources and not depend so much on everyone else since she is now somewhat more familiar with the world of the Twixt and its people and how it works. This allows her to make some of her own triumphs and mistakes and deal with the consequences, something that also comes out in her relationship with Monica. Unlike a lot of "best friend" scenarios, I wanted to be sure that we saw their friendship as a two-way street. I think there's not enough out there about girl friendship, something that often outlasts boyfriend crushes, and our sisters are so important! I wanted to be certain that was a big part of Book Two.

Now a question from the sporty girl blogger in me. In Indelible, Joy is a former gymnast. Why did you decide to give that back-story to this character? Will we see it come out more in the next book?

Well, here's the truth: *I'm* a sporty girl and I wanted to share some of that passion and belonging with Joy but I felt that I couldn't give her my own passionate sport-of-choice, karate, because it seems like EVERY SINGLE SUPERNATURAL CHARACTER CAN DO MARTIAL ARTS! From Conan to Xena to Buffy to newly-hatched vampires and underground elves, it seems like everyone and their nanny could do martial arts and although I could bring credence to it, it smacked too close to cliche so I borrowed an old sport I enjoyed, ice skating, and brought it indoors because--let's be honest--how often could I bring up ice skating skills in a series? There is even a deeper reason I chose to give Joy gymnastics--including the rigorous schedule, the tight-knit community, and Olympiad dreams--but that's a reveal for a later book!

Read, read, read & write, write, write. More practical steps might include joining a national organization such as SCBWI, RWA, SFWA, etc. that can help point you in a direction to how your corner of the publishing world works. There are also *tons* of help online from editors, agents, pub houses and more willing and able to lend a hand (and sometimes an ear) out of the goodness of their sado-masochistic hearts. You can always check my links page on my website, www.dawnmetcalf.com, where I list some of my favorites including recent updated sites and tried-and-true archives. I'm all about Paying It Forward!

Thanks so much for doing this interview. I really enjoyed the book. I hate to part with it, but I will be giving my signed advanced reader copy away to a lucky commenter.
Posted by S. Mozer at 9:22 AM 3 comments: