My Cybils reading continued this week. I am so amazed by how many incredible middle grade historical and realistic fiction books were published in 2017. 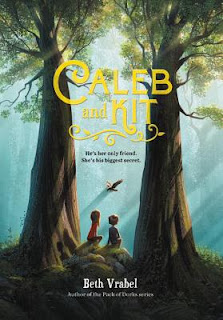 Caleb has lived his life with cystic fibrosis, a disease where your lungs fill with fluid. His parents, brother, and even his best friend are so hyper focbused on keeping him safe, he never has a chance to experience the world. When he meets Kit, a wild girl who lives in the woods with her mother, he starts to take risks and be independent. But Kit's independence comes with its own set of problems. A wonderful story about friendship and coming of age. 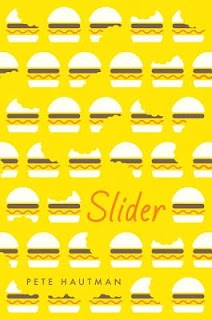 David is a middle child stuck between a brilliant older sister and a severely autistic younger brother. He considers eating his ability to eat large sums of food quickly his biggest asset. When he accidentally buys something online for two thousand dollars, he thinks it is eating that will get him out of trouble. As David prepares to win $5000 at a pizza eating contest, he spends his days taking care of his brother and figuring out his rules. The book is about discovering your self-worth. 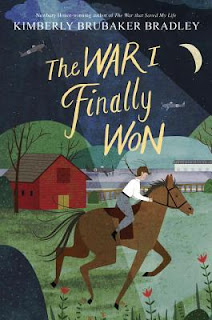 This sequel to The War That Saved My Life is as good or better than the first book. Ada's mother has died and she and her brother are living her guardian Susan.  Even though Ada's club foot has been surgically corrected, she still has trouble believing that she deserves to love and be loved. As she fights her own personal war, she is also affected by the real war around her, losing more loved ones and getting to know a Jewish German girl named Ruth who has more reason to hate Hitler and the war than she does.

This week I continued to read middle grade novels for the Cybils, and to share with my class. I also had a chance to read two Young Adult books. 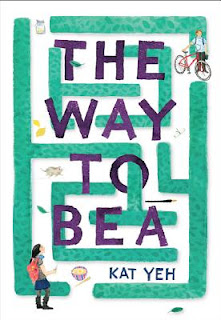 Bea is a poet who thinks in haiku and writes poetry in the air. When her best friend abandons her because of her differences, Bea has to find a way to start over with a new group of friends. This book is full of interesting, unique characters - and as a fan of Grey's Anatomy, I connected with the the idea of dancing it out and finding your Person. 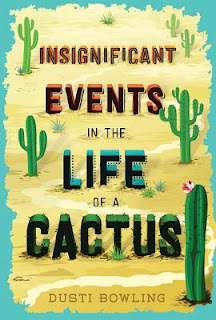 Even though Aven was born without arms, she has always had friends she could count on. But when she moves, no one wants to give her a chance. Afraid to turn her classmates off completely by watching her eat with her feet, Aven seeks refuge in the school library. There she meets Connor, a boy with turrets syndrome, and Zion, a shy overweight boy. Together they find a way to fight peer pressure and expectations. 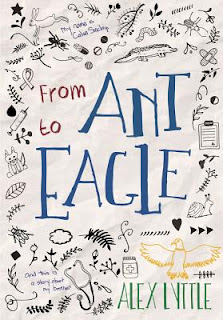 Since Calvin moved, he has spent most of his time with his younger brother Sammy. In order to make things interesting, he uses Sammy's devotion to get him to get him to do tasks in order to earn badges, promising one day that Sammy will make it from ant to eagle. When a new girl moves to town, Calvin ditches his brother for his new friend. But Sammy is sick, and it is serious, and no badge will make things right. This beautiful story reminded me of The Bridge to Terabethia. 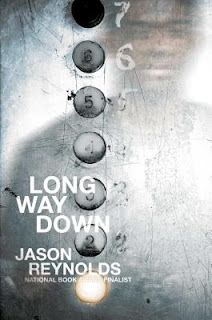 In this chilling novel in verse, Will has just watched his brother's murder and now he knows what he has to do. There are rules to follow, especially when you are sure you know your brother's killer. But in order to deliver justice, Will must go through the longest elevator ride of his life. On each floor he will meet a ghost from his past who help him see the real consequences of following those rules. 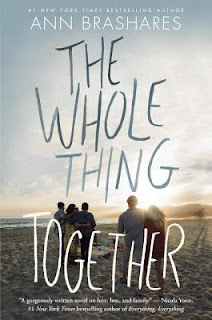 Sasha and Ray have never met, but yet they've shared a room for their whole lives. That's because Sasha's dad was once married to Ray's mom and they have joint ownership of their summer home - even though they refuse to be in the same room together. Told from multiple points of view. 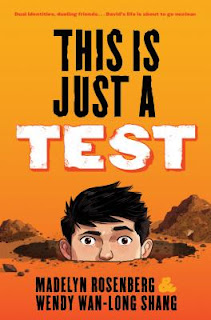 David Da-Wei Horowitz prepares for his Bar Mitzvah in 1983, during the end of the Cold War. After watching a movie called The Day After, his friend asks him to help him build a nuclear fall out shelter. David faces the dilemma of deciding who he would want to survive with, while navigating the challenge of girls, invitations, a Russian refusenik, and two hilarious grandmothers who each believe that their heritage is best. As a Jewish child who grew up in the 80s, so much of this book brought me back to my childhood and to the Bat Mitzvah I shared with a Russian "twin." 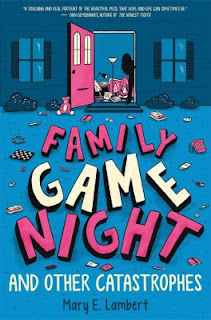 Annabelle has a five mile rule. That's the closest her friends are allowed to come near her home because if they come any closer they might realize that Annabelle's mom is a hoarder and that the piles have become so large her younger sister is worried she might die under a pile. But as Annabelle's parent's relationship starts to crumble faster than the piles, she needs to decide whether she stays and fights for cleanliness or leaves for cleaner places. A heartfelt story about family relationships and facing family problems. 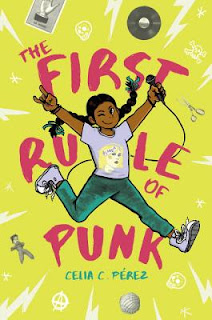 Maria Luisa (Malu) is not happy about moving from Florida to Chicago with her "SuperMexican" mother. She misses her punk rock father and her friends. On the first day of school she is called into a special assembly for kids breaking the dress code and is called a Coconut (someone who is brown on the outside but white on the inside) by a mean girl named Selena. But Malu isn't going to let those things stop her. She forms a band with other kids who want to be punk and together they take on the school. While I like this cover, I don't thinks it captures the depth of this book which does a great job capturing the challenges of middle school. 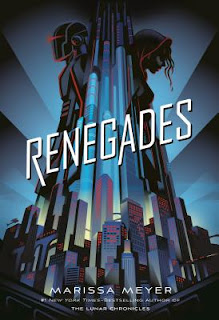 In a future world run by superheros called Renegades, the supervillains are stuck living in hiding. For Nova, the supervillians are family. She has been living with them since her Uncle, the head of the villains, rescued her when her parents and sister were killed by a gang, before he was also destroyed. In order to help equalize the balance between good and evil, Nova has become a Renegade, hoping to destroy the superheros from within. This book is considered YA, but I think it could be enjoyed by an upper middle grader. 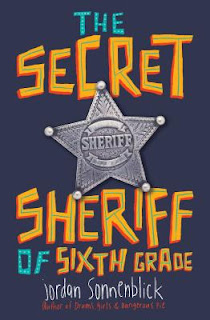 Maverick is determined to live up to his father's memory and right the wrongs of sixth grade. Unfortunately each time he plays the hero, he ends up being the villain instead. But the more he looks out for others, the more people see him for the kindhearted person he is. This book explores many difficult topics such as an alcoholic mother, her abusive boyfriends, and a classmate with and abusive father. 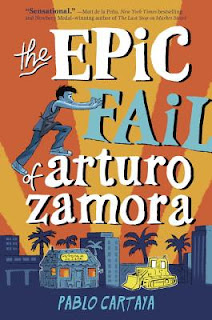 Arturo loves spending time with his family at their Miami restaurant. When a big developer threatens to close them down, Arturo tries to be a hero and save the day. Unfortunately his plans don't go as expected. A wonderful book about the importance of family and community. 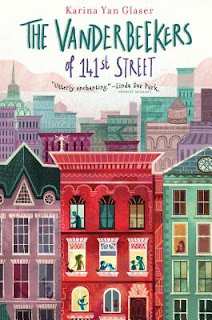 Meet The Vanderbeeks, five children ranging in age from four to twelve. When their parents tell them that they will have to move out of their brownstone in Harlem because their grumpy landlord, the Biederman, doesn't want to renew their lease, the Vanderbeek children decide to change his mind with kindness. A fun group of characters with an important problem to solve. 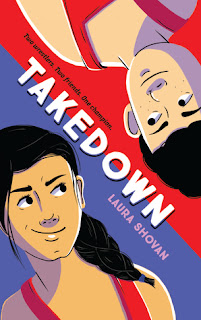 I could not put down this new novel by Laura Shovan. A full review and interview will be coming to Sporty Girl Books before the book releases in June 2018. For now, I will just tell you that this book should be on your TBR list. 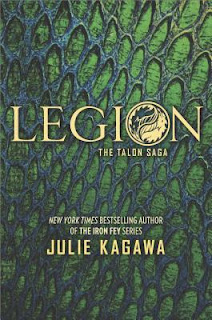 Ember, a dragon turned rogue, continues to fight Talon, the dragon body that is set on the destruction of humans. In this fourth book, Ember and her friends have to help sworn dragon fighters, the soliders of St. George, in order to ensure that both humans and rogue dragons survive.