Join Jen from Teach Mentor Texts and Kellee and Ricki from Unleashing Readers and share all of the reading you have done over the week from picture books to young adult novels. #IMWAYR

It's the first week of summer vacation! Along with the important goal of finishing revision on the second book in The Sweet Spot series, my reading goals this summer are to read 10 middle grade books, at least 10 picture books, 1 professional book, and as many YA books as possible. So far I've read 5 amazing middle grade novels. For reviews of these books, visit me on Goodreads. 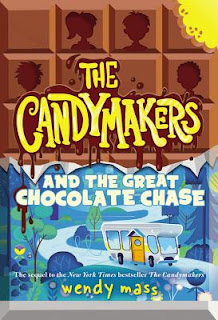 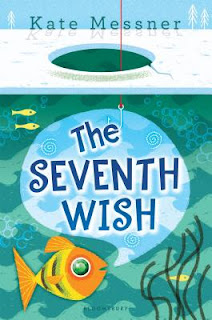 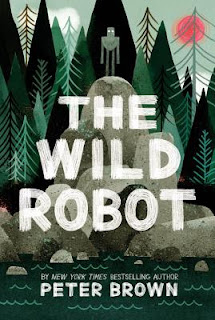 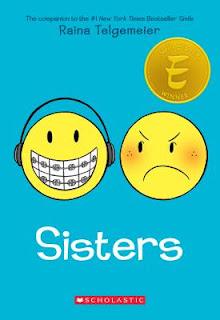 I would love to read some picture books next week. Any suggestions?

From Self-Published to Small Press: The One Year Journey of The Sweet Spot

Exactly one year ago today, on my 41st birthday, I self-published my middle grade novel, The Sweet Spot. Now a year later, the book has an awesome new cover and was republished in March by Spellbound River Press. Today, on my 42nd birthday, I will share the story of my book's first year.

Pressing the Button
When I was making the decision last year whether or not to try the traditional route again or self-publish, I thought of it as deciding whether or not to press the button. That's because I had been all set up to self-publish, I just hadn't made the final decision to launch the book out into the world. I had already used Createspace to make proof copies that had been placed in my classroom, my children's classrooms, and my school library. Kids were already reading the book and asking me where they could buy it themselves. But I still wasn't sure what to do. I was worried that by pressing the button and self-publishing one book it meant that all my future books would also have to be self-published. I wasn't ready to give up on the traditionally published book dream.

Then I went to the 2015 NESCBWI conference. That year a new term (at least new to me) seemed to be the buzz word in the room - hybrid author. I went to panels and workshops that explored this idea. The hybrid author was an author who had some books self-published and some traditionally published. I spoke to hybrid authors and well published self-published authors, and they told me that it wasn't easy, but there were so many things they loved about being the one in control. Suddenly pushing the button didn't seem so big and scary. I could make the decision book by book. There were just some rules that I had to follow:

In order to understand why I felt my book fit those parameters, you'd have to know the history of The Sweet Spot. The book was finished in 2011 and was good enough to get me into the Rutgers-One-on-One conference where I spent a few hours with a mentor editor. The revised version immediately got me an agent. My agent and I went through rounds of revision and finally sent it out into the world. Editors had some nice things to say, but it didn't sell. It went through more revision. Same result. Finally we decided to place the book in a drawer. But in 2013, the book started calling to me to work on it again. I read through all the editor feedback and made some major changes (including turning the entire book from past tense to present tense and resurrecting my main character's dead mother). It was beta read and critique group scrutinized. I worked with my elementary school art teacher, Karen Jacobson, on a cover illustration. I stuck it in a Createspace cover template, and then, as I mentioned before, I printed copies and gave them to kids. By the time the conference came around in 2015, the book was ready for the world... or at least that's what I thought.

There were also two more motivations to do it - Daniel and Annie. My children were starting to get to an age where they were going to (at least feel) they were outgrowing middle grade books. I wanted them to see their Mom followed a dream that started before they were old enough to read and made it come true.

Being A Self-Published Author 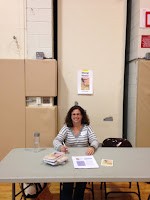 Using a virtual launch party and my birthday to get the word out, The Sweet Spot sold 50 copies in the first two weeks. 5-Star reviews started coming in on Amazon and Goodreads. Friends and strangers loved Sam's story. Local kids who had never spoken to me before ran over to tell me how much they loved the book.

In November I attended my first author event, nErDcampLI. If you ever want to feel like an Author Rockstar, just make your way to one of those events. My books sold out! 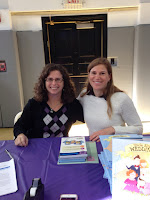 The book was sold at my school book fair and I signed the book and did a video interview at Carmel Academy in Greenwich.

I also set up my first school visits and in February I visited two local schools. The kids were great, asking thoughtful questions and really embracing the story of my publishing journey. They didn't care whether the book was self-published or traditionally published as long as it was a great story. 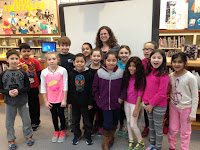 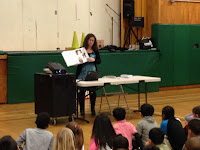 But there were disappointments. A number of bookstores seemed excited about my book and were ready to order it, but they couldn't. Even though Createspace Expanded Distribution claims that your book will be available everywhere, that is only true for their most popular books. Even at an incredibly low price point that made me $0.78 per book, stores couldn't order it for a competitive price and would only do consignment. And many wouldn't even do that. A bookseller who I knew personally told me flat out that as much as she wanted to support me, she wouldn't support the book because Createspace is owned by Amazon. She promised that if I should ever find a way to publish it differently, she'd be happy to help.

Joining a Small Press
At the same time that I was working to get the word out about my book, a new press was being born. The group (which didn't even have a name) was looking for middle grade novels that were self-published and doing well (getting good reviews) or series that had previously been traditionally published but had been dropped by the publisher. I submitted The Sweet Spot and it was well received. There were only two things the group didn't like - the price point and the cover.

I had no problem changing the price, but I was pretty attached to my cover. The press set me up with illustrator Lois Bradley and she started sending me designs. I was very, very lucky to get Lois. She listened to my feedback and ended up creating a cover that had enough connection to the old cover that I could tell it was the same book. My main character looks like the same character and she's even wearing the same uniform. But the new cover really does pop in a way the old one didn't. There are so many fun design elements, from the baseball at the top and on the spine, to the ball and bat on the back. I have watched students in my school library look over the new and old copy of the book. They choose the new cover every time.

On March 22, 2016, The Sweet Spot and its new cover was released by Spellbound River Press.

Small Press Publishing
I may have lost some of the control over my book, but getting The Sweet Spot into bookstores and working with a team of supportive people has been a welcome addition to this journey.

I continued doing school visits and author events, with Lois' help, created some awesome baseball cards for the book, and most important, I'm having so much fun.

I'm looking forward to seeing what will happen in its second year.
Posted by S. Mozer at 8:47 AM 3 comments: