Keynote: Justin Chanda - The State of the State of the Industry
I have been to a number of state of the industry talks but it was worth hearing one given by Justin Chanda. He made us chuckle and out right laugh as he drove home the idea that it is impossible to write to trends because the trends that you need to write for have not become trends yet. Favorite quotes: "The industry follows the readership as they get older, but they also get born." "We are in a cyclical business and trends and undeniable and unpredictable." "Our job is to create great books. Let the trends take care of themselves."

Agents Panel - What Hooks Me
There was a lot of great information shared by the agents on this panel. I wrote down one quote from each agent that explains what they need their first thought to be when reading a manuscript or query in order to request that manuscript.

Keynote: Aaron Becker - Some Adjustments Were Made Along The Way: One Artists Journey
Aaron Becker shared his journey in creating Journey. He talked about the importance of taking risks, recognizing what you need to be happy, and finding SCBWI.

Breakout: Bruce Coville - Plot, Character, and the Emotional Life of a Story
Bruce Coville's breakout focused on the intersection between plot and character. "How can you care about what happens if you don't care about who it happens to." Bruce Coville made his point by telling us a story and even jumping up on a care to share some of that story's storytelling energy. According to him, there are two storytelling energies. The male energy is is action, adventure, instant. The female is relationship, reaction, and language. The best book puts their two energies together to make "A good story, well told."

Meeting Regional Attendees
In order to take a conference home with you, it is important to try to find members of your local tribe. On Saturday, the three New England RT members at the conference; Kathy Quimby Johnson, RA Northern Region, Denise Ortakales, Regional IC (Illustrator Coordinator) and me, ARA Critique Group Coordinator, grabbed a spot by the pool to meet some of ours.
We met some members from around New England and also attracted some former New Englanders who are now living other places in the world but who still think of themselves as New Englanders at heart.

We hope we will see them again at local events.

Keynote: Maggie Stiefvater - A Thief & Artist: Stealing Stories from Life
Maggie Stiefvater talked about how to make fantasy what you know by stealing the soul of your character from real people. If she steals the soul well, and adds new details, she creates a new noise. She calls this "Solving for x." The character then becomes better than real, it becomes hers.

Keynote: Megan McDonald - Writer, Wrestler, Stutterer, Spy: Finding Your Voice As A Writer
Megan McDonald's keynote was about finding your splinter. Favorite quotes: "Write the truth of the story and see where it takes you." "Start with the common place and ordinary." "If you listen to your own voice, unknown friends will come and find you."

With all these amazing information under my skin, I left the conference to go and upstairs and write but the activities weren't over yet. 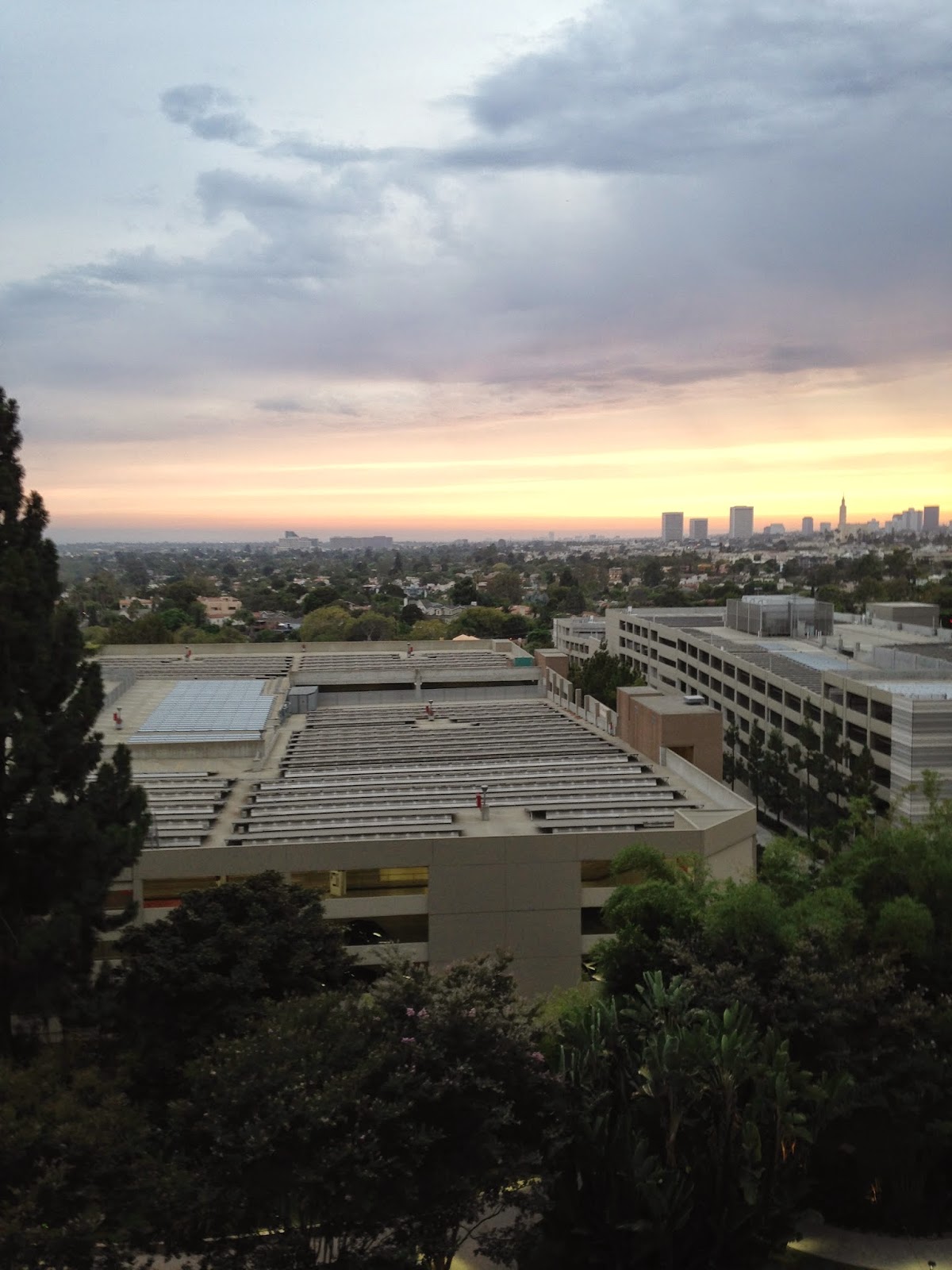 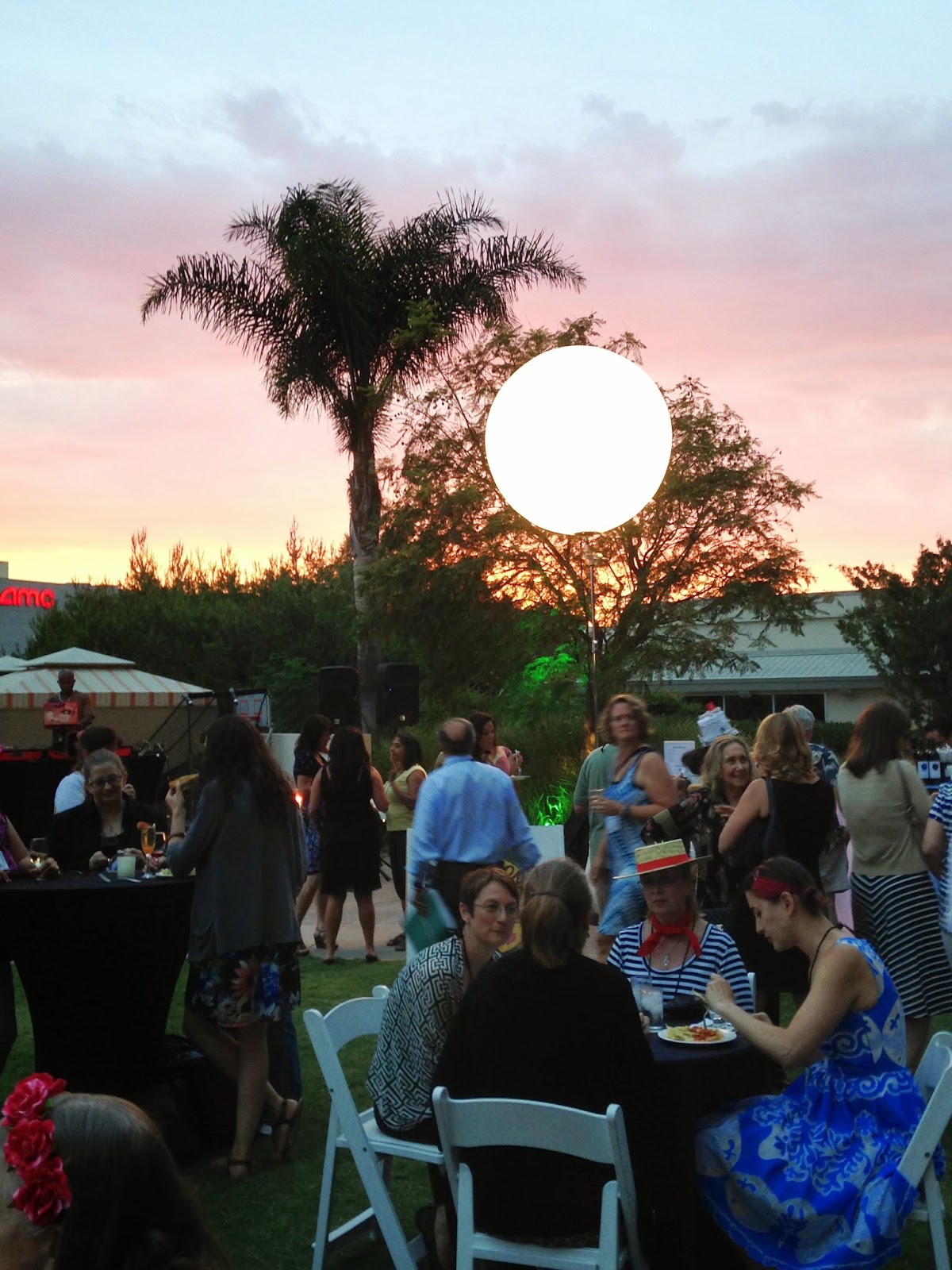 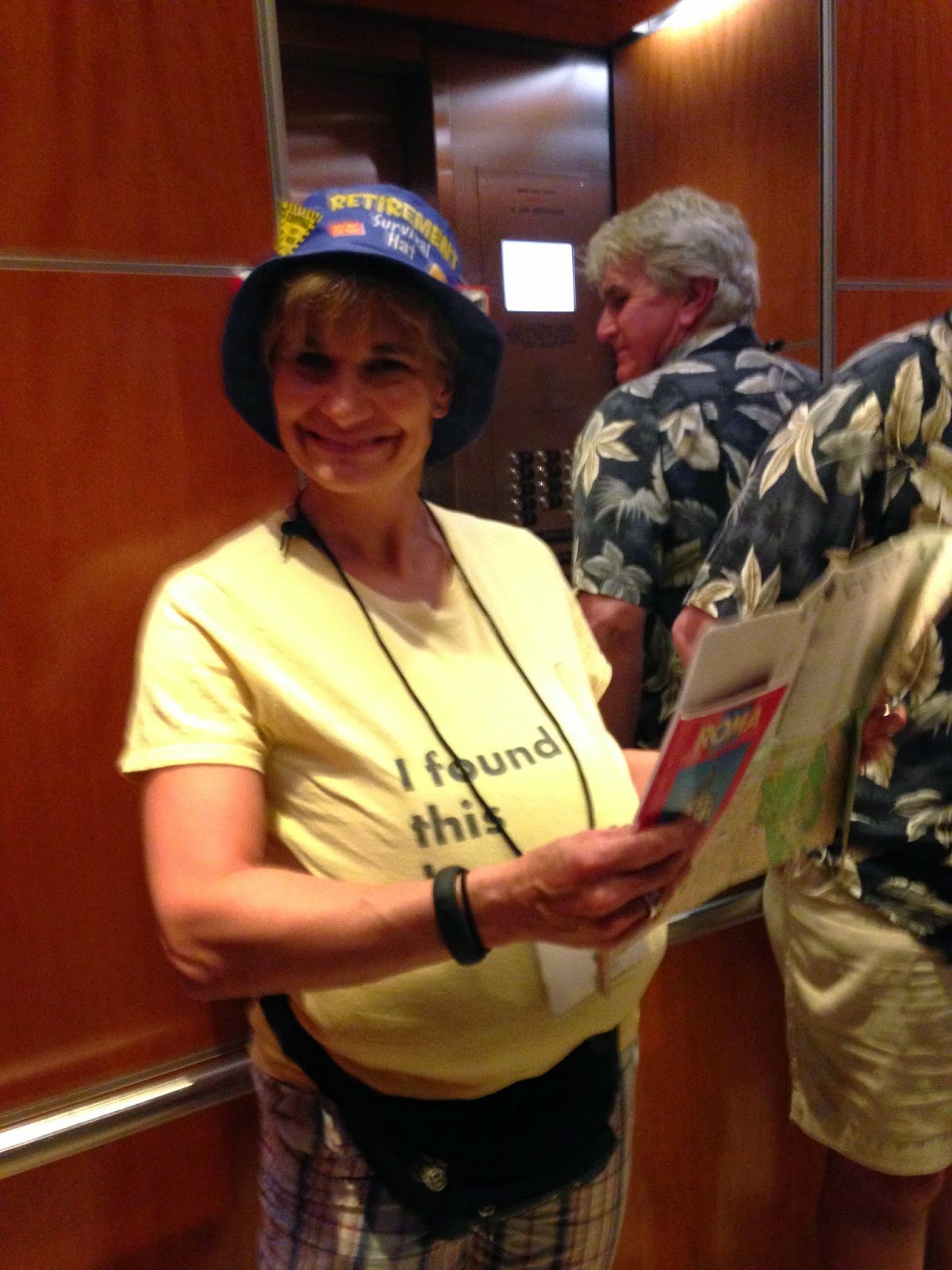 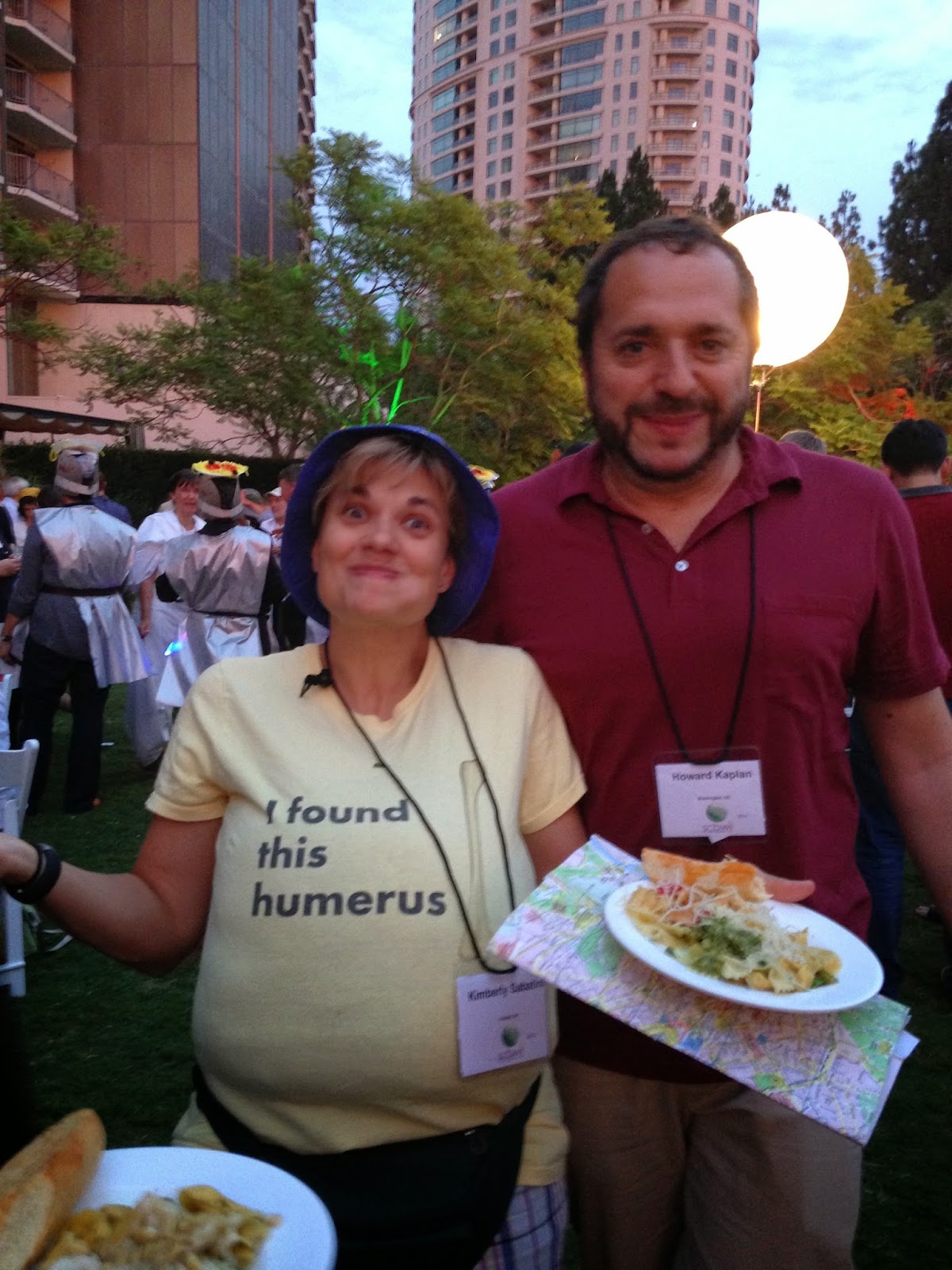 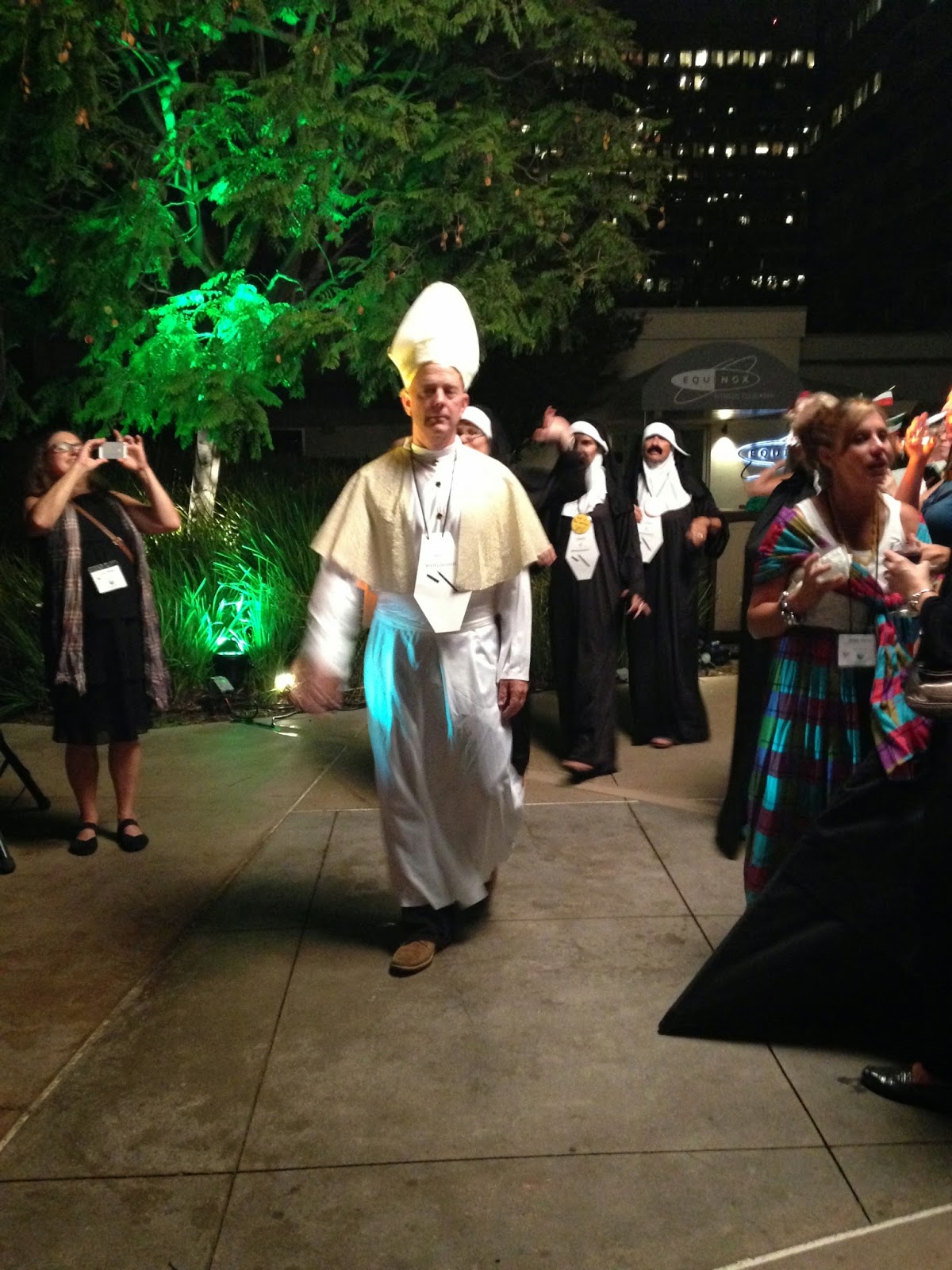 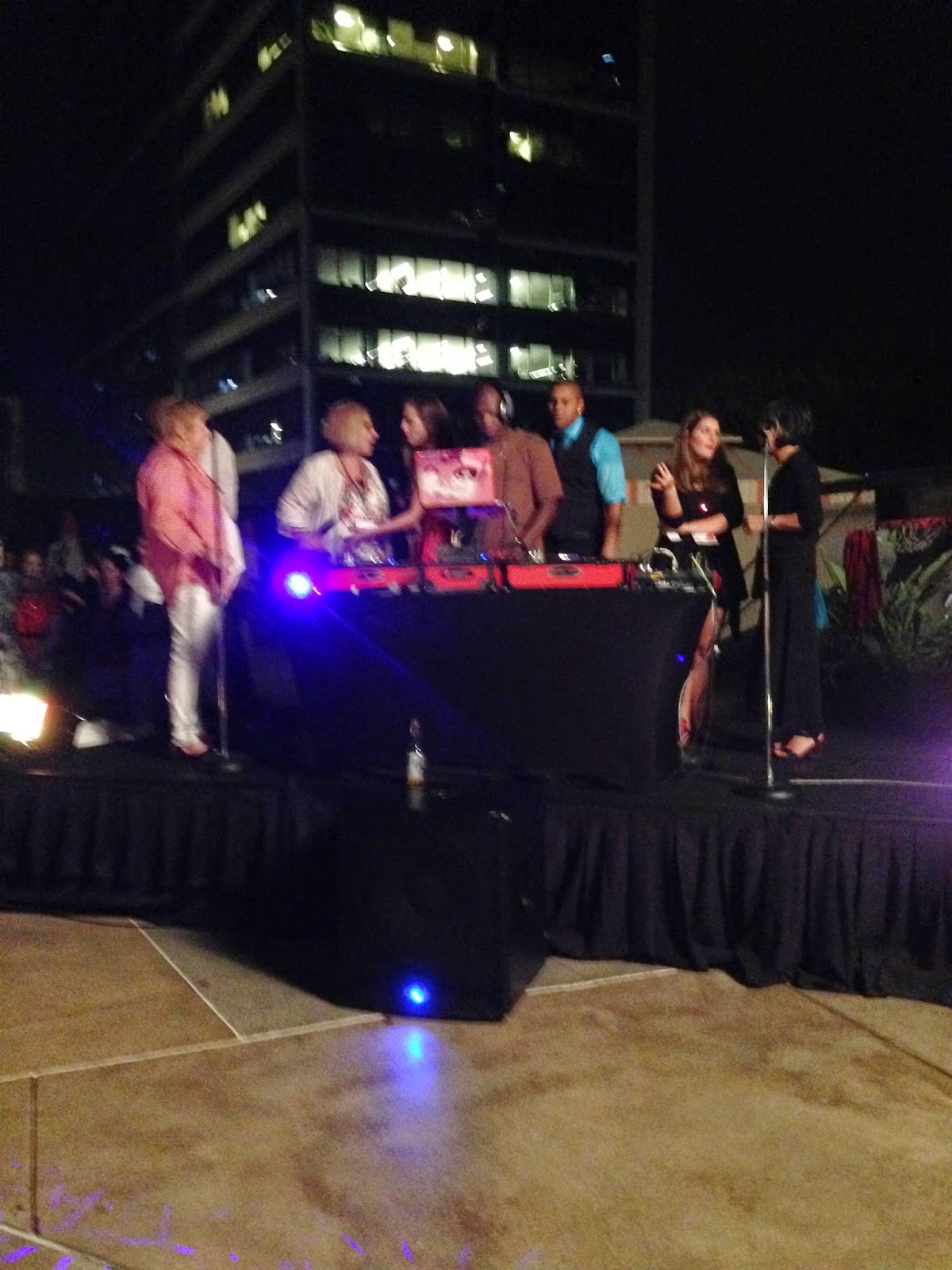 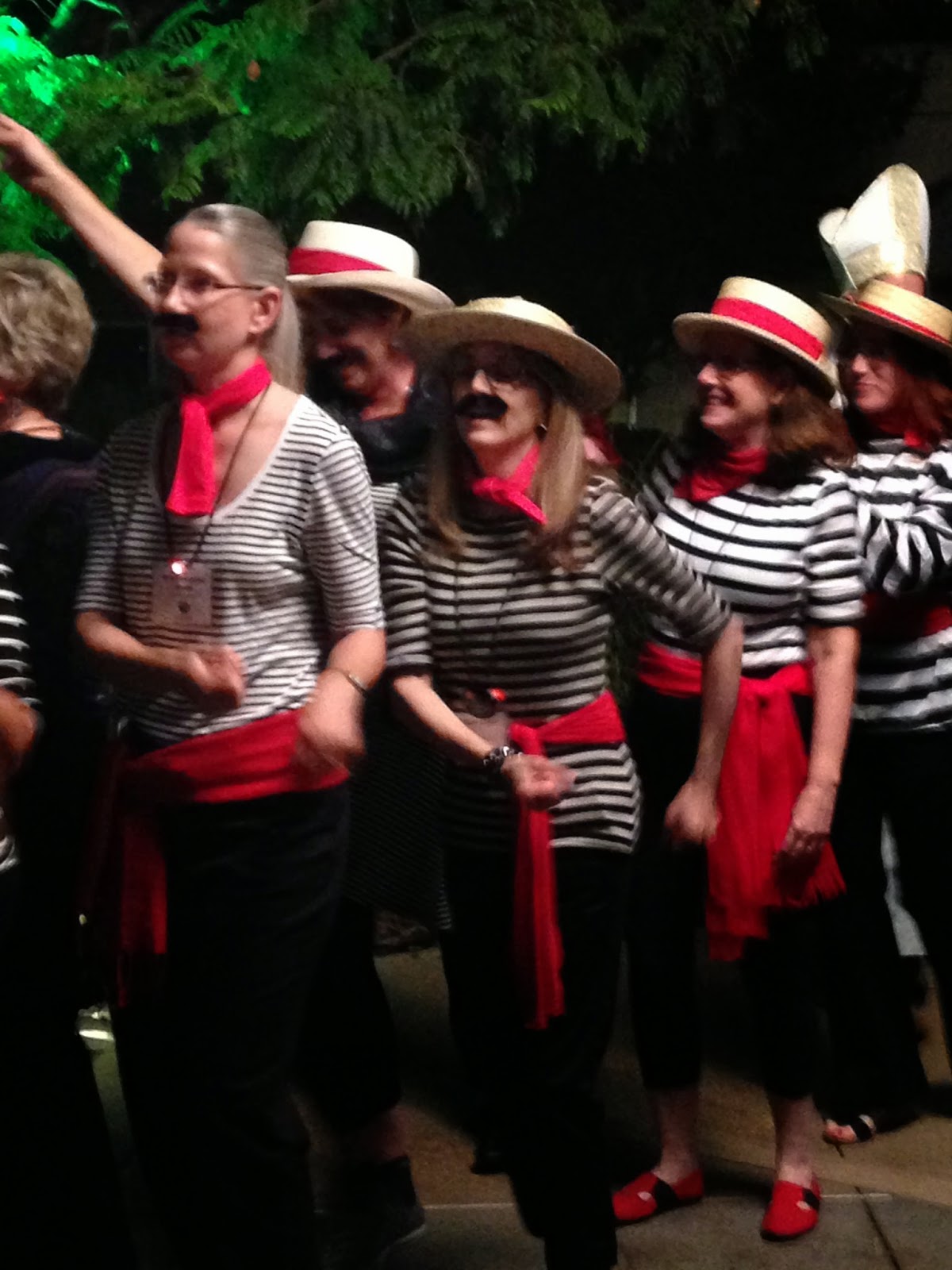 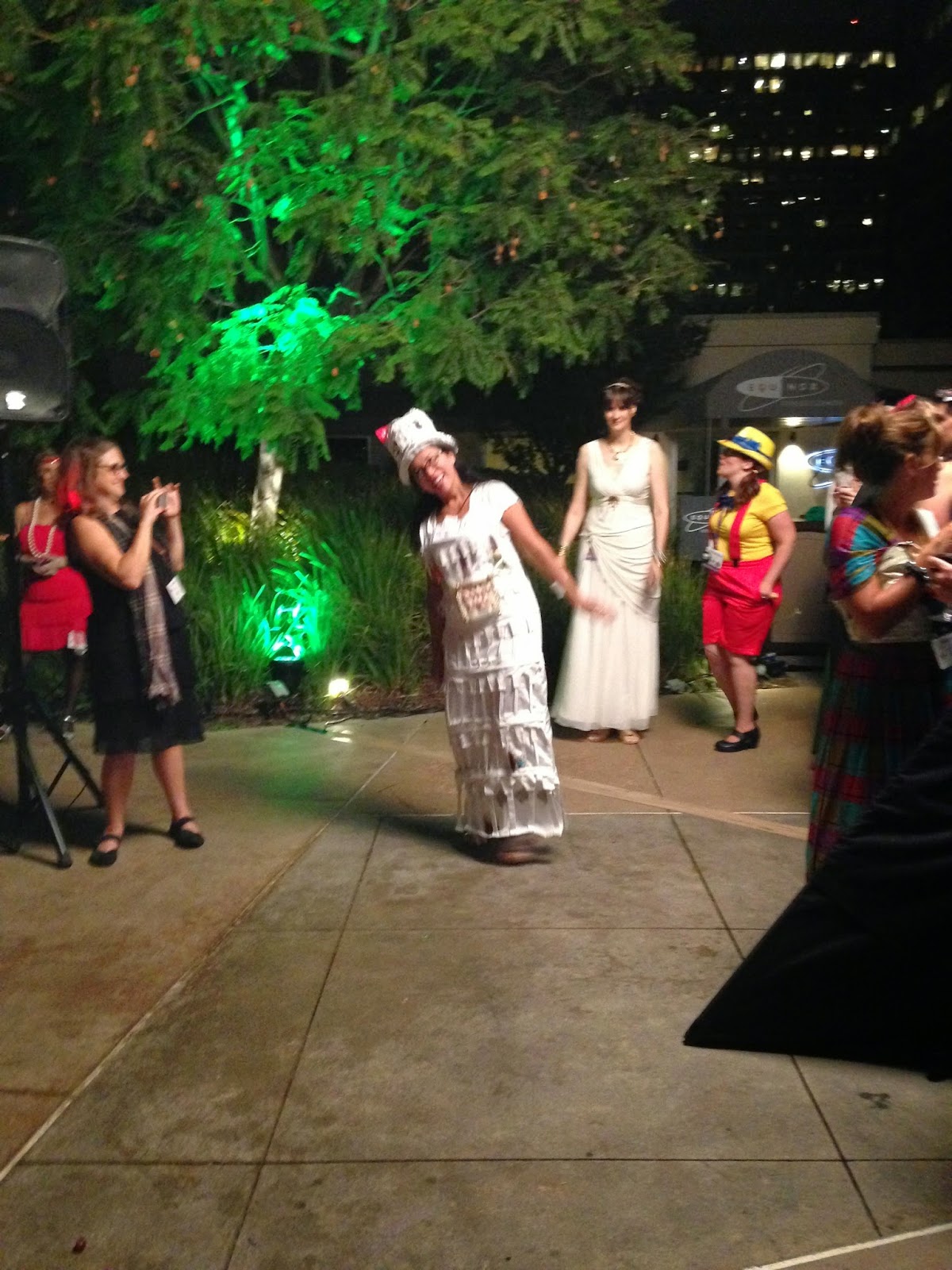 SCBWI Summer Conference - Behind the scenes and Day 1

This summer more than 1200 people from 20 countries descended on the Hyatt Century City Hotel in Los Angeles for the SCBWI International Summer conference. For the first time, I was one of them.

Behind the scenes
As an ARA (assistant regional advisor) from New England, my conference started on Wednesday with a pre-conference dinner at Stephen Mooser's house. I met many of the RT (regional team) members that help to run SCBWI around the world.

The job of the RT is to provide support and community to the local regions. On Thursday we met and told stories about things we are doing and shared things we could be doing. RT members are volunteers who balance the work in their regions with their own writing and families. They're a pretty amazing group.

In the afternoon we had more training as RT members and as conference volunteers. We also had a chance to meet all the people in the SCBWI office that support us and put the conference together.

Conference Day 1
The next morning I tried not to feel overwhelmed in a room as big as a sports stadium. There were about the same amount of people as at the New York conference, but somehow this conference felt bigger, grander.
Fortunately I found my New York conference tribe.
After an always entertaining welcome from Lin Oliver and Stephen Mooser, the conference began with the march of the conference faculty. Each person gave one word of inspiration to the room of attendees. Some of my favorites were enthusioserverence, lacuna (an unfilled space or gap), rhema (utterance), and fluffernutter (a sandwich with peanut butter and marshmallow).

Keynote: Meg Rosoff - Warning, Peter Rabbit May Be Harmful to Your Health
Meg Rosoff shared a realistic version of the story of Goldilocks to make a point about storytelling. Without imagination it would be a sad tale of a girl lost in the woods who gets eaten, a tale told brilliantly, but still horrifying. There are people in the world doing actual studies on the harmful affects of fairytales on young minds. But Meg Rosoff reminded us of the importance of imagination and the fact that, "no story we make up can be stranger than the truth."

Breakout: Lamar Giles - The Incredible Shrinking Novel - Writing the Synopsis
Author Lamar Giles learned the importance of writing good synopsis the hard way, when he lost the chance to have his book turned into a movie because he was unable to write one (by the end of the day). Since then he has learned to approach synopsis writing mathematically, recognizing that if a synopsis needs to be written in one page at 12 point font, it would equal 40 lines. He gave tips for how to shrink the novel into those 40. Some key points: don't squeeze in every character, include all major events and spoilers, don't include dialogue, scene description, or even character description.

Keynote: Judy Schachner - Thinking in Pictures: My Storytelling Process
After lunch, Judy Schachner took us through her storytelling process, becoming her characters by switching accents in the middle of sentences as she turned from Bostonian to Raccoon. She shared a strategy for brining her characters and settings to life, which she called her bibles. Each one was full of magazine cut outs, quotes, sketches, pieces of fabric, and anything else that made the character or setting real.

Keynote: Stephen Chbosky - How to Write Your Timeless Classic (or Die Trying)
Stephen Chbosky was not there to share his process, he was there to motivate us to write our novel. Some of my favorite quotes, "It is not up to an editor or agent to tell you who you are." "Inspire yourself to be better than you've ever been." and "If you do it for you, you do it for the world."

Breakout: Megan McDonald - Creating and Shaping A Believable Character
As a third grade teacher and the mom of a daughter who just finished third grade, I spent my year with Megan McDonald's characters as my students explore her Judy Moody and Stink series. I was thrilled to meet her in person. Megan McDonald IS Judy Moody and Stink, since both characters are taken from aspects of her childhood. "Your character comes from your own wants and dreams. They can do what you can't." Megan spoke about how to use your own life without retelling your life. She called it, "flipping facts." She was the youngest in a family of girls so Judy is the oldest and has a brother. She also showed us how giving your character an object and then thinking about the backstory to why the character has that object can add depth to your character. Using an example from the first Judy Moody story, she explained that when she had Judy want to get a Hedda Get Betta doll she created a character who wanted to be a doctor, who collected bandaids, and whose hero was Elizabeth Blackwell. By figuring out what the character wants and why, the character starts becoming real.


The first day ended with a diversity panel and PAL booksale. I was so excited to meet Karen Avivi, the  author of the book Shredded and the winner of the SCBWI Spark award. Karen is a fan of my blog, Sporty Girl Books and even gave us a shout out during a magazine interview. Make sure to check out more about Karen on Sporty Girl Books.
It was an amazing first two days. Summaries of days 2 and 3 will be coming soon.