It's been a while since my last post. Here's what I read this month: 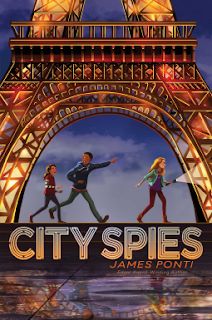 City Spies is a new mystery kid spy series from James Ponti, the author of the Framed series. When Sara Martinez finds herself arrested for hacking into a computer system, she has no idea that she has earned a spot in a secret kid spy team run by the British Secret Service. Sara, code name Brooklyn, is joined by a group of kids with special spy skills and they are on a mission to save the world from a deadly virus. Kids who love Spy School and other kid spy novels will love this new series. This book will be published on March 10. I got an early copy from Netgalley. 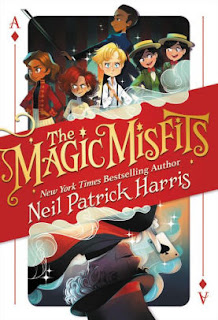 If you know a child who loves magic, they will love the Magic Misfit series. Full of interesting messages to the reader about secret codes and ways to perform magic tricks, The Magic Misfits is about a group of kids who come together to use their magical skills to stop those who would use slight of hand to steal things from others. I'm looking forward to reading more of this series. 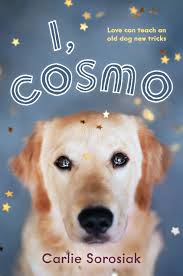 I, Cosmo is a story of divorce told from the dog's point of view.  When Cosmo's boy, Max's parents start fighting, they decide to join a dog-child dance competition to try to keep them together. What they find instead is even when things don't turn out as expected, you can make the best of the situation. This book came to me by student recommendation. 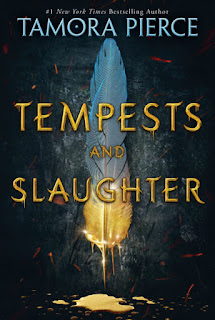 Older fans of Harry Potter will enjoy this first book in the Numair Chronicals, about a group of young magicians who have incredible potential. The story follows Arram Draper, a powerful young mage who will grow up to to a magician named Numair Salmalín who has a large role in other books in Tamora Pierce's Tortall Universe. 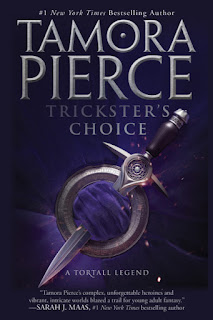 Trickster's Choice is another book in the Tortall Universe. This one is later in the timeline about the daughter of Alanna the Lioness. In trying to prove her worth to her pirate father and her famous mother, Alianne makes a deal with the trickster god to protect a family. Little does she know that spending time with this family will also shape her future and take her on an unexpected path. A Game of Thrones for teens.

Stacy Barnett Mozer is a teacher and a middle grade author. If you like what she's been reading follow her on Goodreads. Please leave a comment below.
Posted by S. Mozer at 6:46 PM 6 comments: