It has been three weeks since I attended SCBWI NY 2013.The memories, inspiration, and experiences are still with me so I thought I'd share them with you, with some visuals to go with them.

As soon as my school day was over I hopped on the train to Grand Central Station, said hello to my wonderful agent, Linda Epstein, in the lobby, then headed to my room.

After a wonderful evening with writer and agent friends, I went to sleep early to be ready for the full day of keynotes and workshops. As usual Lin Oliver was there to great us all and share some facts about the event. She was followed by Meg Rosoff and Shaun Tan. 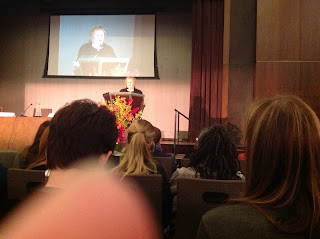 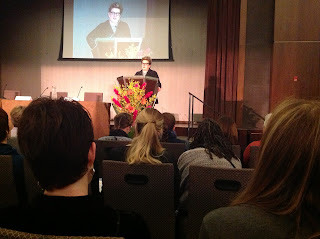 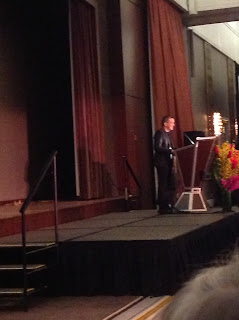 The bookseller panel taught the writers in the room about the new truths of classroom books. In many districts (including mine!) each elementary teacher has a leveled library and teachers and librarians match books to readers instead of teaching with class sets. They talked about the importance of the new common core, a set of curriculum objects being adopted in 48 of the 50 states over the next two years. Writers should know about the common core and what it will mean to the school and library market.

(There's actually a great app on the iPad/iTouch/iPhone called Common Core that anyone can download to see these new objectives.) 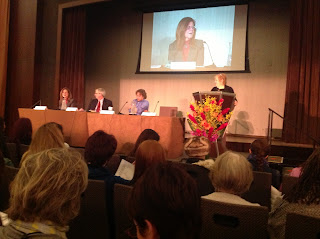 Lunch and the evenings were filling with conversations with writer friends. Some I met that weekend (such as all of the many New Englanders who I hope will contact me about critique groups), but many are friendships built over the years of in person conferences and online groups such as Verla Kay's Blue Boards, Twitter, Facebook, Yahoo Groups, and email.

When you go to your first conference, you are told about the importance of networking, meeting agents and editors who will help you along the way. But what's even more important is finding those people who will be part of your journey. The ones that you will celebrate with when they get their publishing contracts and who will celebrate with you in return. And they will also be there when things seem impossible to share a helpful word or give you a hug and tell you that you need to keep going and that it will happen one day, they are sure of it. Here are some of my awesome writer friends. I am thankful for all of them. 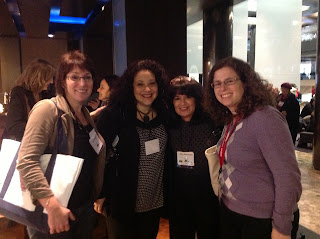 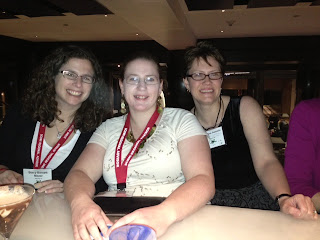 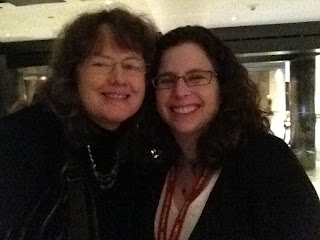 On Sunday, after award announcements from Tommy dePaola and Jane Yolen, we heard from Margaret Peterson Haddix, Julie Andrews and her daughter Emma Walton Hamilton, and Mo Williems. 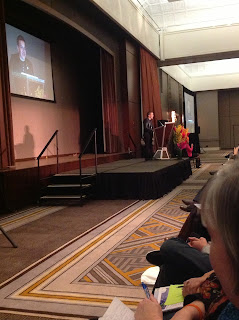 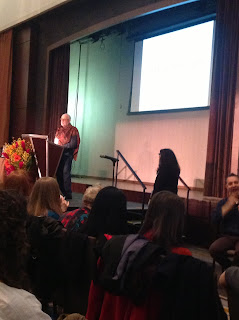 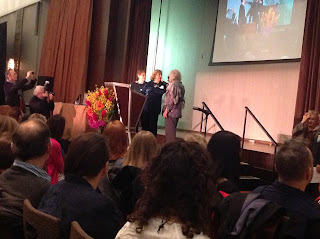 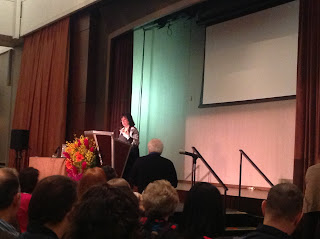 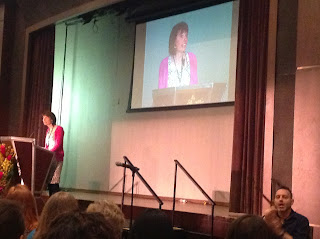 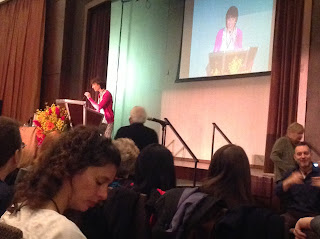 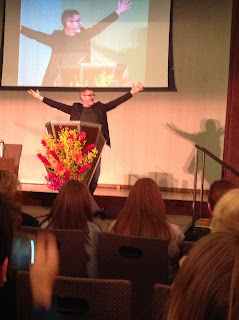 My weekend ended with the book signing where I had the honor of helping Margaret Peterson Haddix and Shaun Tan with their signings. Shaun Tan's line was by far the biggest at the conference and to work that line I had a detailed lesson on angles and post-it note placing from Arthur Levine himself. 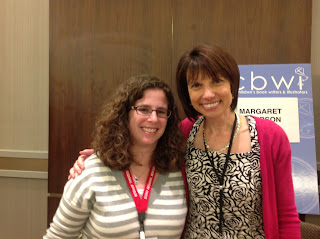 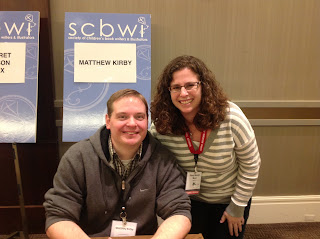 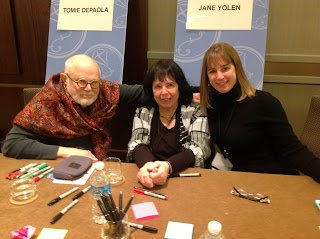 Many of my writer friends have talked about the songs they put together to listen to while working on their novel. Their novel playlist. I never understood that idea... until now.

Lately every time I listen to the radio in my car I find myself evaluating songs. This one reminds me of my story. This one doesn't. This song would play as she sits in her room crying. This one would play in the car. It's exciting and it has helped the story come alive in my mind.

If only I still had that boom box that I used to make tapes with. Not only would I listen to these songs, I would make them into a novel mixed tape. Instead I have to buy them from iTunes.

Do you have a novel playlist? Share a song or two in the comments.