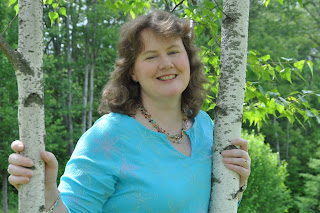 Lynda Mullaly Hunt is the author of middle-grade novel, ONE FOR THE MURPHYS (Nancy Paulsen Books/Penguin), winner of The Tassy Walden Award: New Voices in Children’s Literature. She is also a former teacher and Scenario Writing coach. Lynda has been Director of the SCBWI-NE Whispering Pines Retreat for six years. She lives with her husband, two kids, impetuous beagle and beagle-loathing cat. Lynda’s next MG novel, ALPHABET SOUP, will be released in spring, 2014.

When did you realize getting published was really going to happen?

Honestly? When I actually got “the call.” I’d always believed but I didn’t really know. I realize this makes no sense! Let’s just say that “the call” was the definition of surreal. Most of the time, an author hears that the book has been passed on to other editors for a “read.”  Then news may come of an acquisitions meeting. Authors spend days or weeks or even months nail-biting their way through the publication ladder process. However, in my case it was acquired by Nancy Paulsen and, since it’s her imprint, there were no meetings. So, I went from having no idea to “we have an offer!”

Was there ever a point when you thought about giving up?

Yes! Writing is hard and I think when something is that hard, people will usually have periods when they consider throwing in the towel. Mine came as I walked out of a Dunkin Donuts. At the time, the book was entitled CLIP. (I had not yet reached the phrase in the book where I discovered the title!) I walked outside, looked up at the sky and mumbled, “What are you doing? This is never going to work. You’re fooling yourself.”

I walked around my van to put some stuff in the back. As I closed the hatch, I glanced at the car next to me and the license plate read, “CLIP.”  Stunned, I figured it was sign that I should finish. So, I did.

One for the Murphys, was a powerful read from beginning to end. How has the book changed from the time you first wrote it? Why?

The very first draft (written about a thousand years ago) was longer and Rainer and Mandy had much bigger parts. Before querying agents, I cut them considerably and expanded upon the Murphys family story line—that’s where the heart of Carley was. It was a gamble ina  way, as it made the story “quieter”, having removed much of the peer aspect. However, I would find later, that Toni would grow—considerably.

First, my agent helped me clear up the time lines. After I signed with Nancy, she had me cut about 80 pages. Yikes!  Then she asked me to deepen the characters of Mr. Murphy and Toni. I decided to kill two birds with one stone by making her a Yankees fan and bringing her into the home to rattle Mr. Murphy, the die hard Sox fan. Those were fun scenes to write! Although, as a Sox fan, some of it was painful. But, Sox fans are used to “painful”—unfortunately.

Do you feel being a finalist in the Tassy Awards helped to move your book towards publication?

Absolutely! The Tassy Award is a CT award but a respected one for sure. It was absolutely a wonderful item for a cover letter. The submission process mirrors submission to publishers and the judges are agents and editors. I recommend that all pre-published CT children’s writers enter—what have you got to lose? It’s a wonderful contest! There are several winners/finalists that have gone on to publication. I have also met the most amazing people through Shoreline Arts!

Does anything surprise you about being a published author?

Well it surprises me that I’m a published author. Weird right? At first, when I’d remember (such as just waking up in the morning) it was a happy surprise over and over.
At this point, what surprises me? Well, as a reader, I understand that a book can really speak to the soul. Change you. But it wasn’t until I received letters/e-mails from people affected by Carley and her story that I understood that with even more depth. I guess because there is so much about Carley that I understand and when people who write about their connections—well, I just “get it.” Personally, I have never come across a character like Carley (not to say she doesn’t exist). I’ve heard that people write the book they want to read. Perhaps that‘s what I was doing. But, I am shocked and humbled every day that I have written a story that seems to move people.


What advice would you give someone trying to get published?

Although our work is so, so personal to us, try to separate yourself from it. I understand the quandary—believe me! You tap into your depths to get it “on the page.” But you must also remember that this is a business. You must be able to step out of the soul of the work to look objectively at it.

Consider feedback honestly—give it some time, solitude, and space to decide if critiques are on target. Develop a thick skin and focus on moving forward and up! You’ll need this in all steps of the process from first draft to subsequent drafts to querying to submissions to revisions to contract to revisions again to reviews. It doesn’t get easier—but the rewards? Man, the rewards are awesome! Hearing from a reader that is touched by the book never gets diluted. It’s worth this long and crazy journey—so keep at it! And believe…

Thanks so much, Stacy! I’ve enjoyed doing this interview!
Posted by S. Mozer at 10:08 PM